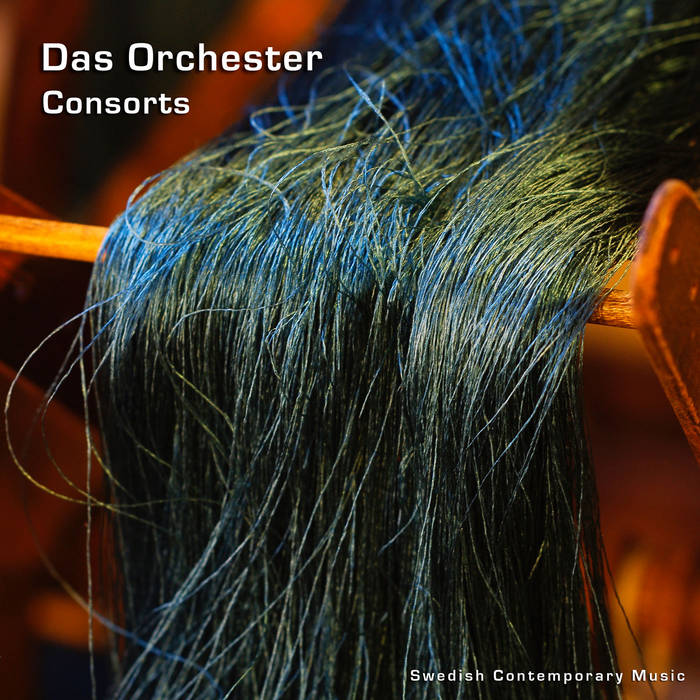 The Swedish contemporary trio "Das Orchester" was founded in 1999 as the result of a staging of a theatre piece based on the book "Prayer for Chernobyl" by the Belarusian writer Svetlana Aleksijevich. The unusual constellation of recorder, trombone and cello was in fact, to a certain extent, inspired by the subject of the book. However, the combination of instruments with their disparate characters, presented no existing repertoire and the first piece performed by the ensemble was written by the cellist, Chrichan Larson.

During the sixteen years of its performance activity, Das Orchester has collaborated with numerous composers, producing a solid repertoire base. Exploring the heterogeneous mystery of the three instruments as a chamber trio, has proved to be an exciting challenge. So far, the ensemble has performed throughout Scandinavia, Germany, Austria and France. Apart from the purely musical performances, Das Orchester has also produced concerts in collaboration with singers and dancers.


Comments on the works on the album "Das Orchester: Consorts":

Chernobyl Consorts was written in the year 1999 for a theater play based on a book by the Belarusian writer Svetlana Alexievich, "The Chernobyl Prayer". The piece was partially given its first performances in the given theatrical context but was expanded to its final five movements, shortly thereafter. As this work marks the start of the collaboration between the members of "Das Orchester", it can be noted that the choice of the instruments to a certain extent was a consequence of the theme of the book, but, as disparate as the ensemble may seem, it would soon prove to offer an astonishing world of timbres.

The instrumental voices in Flames and Blazes have distinct personalities, each one with its own set of musical gestures. Together they create a frantic web that moves forward by their joint efforts. The second part of the piece magnifies some of the elements from the first section in a more static music.

In "Chaconne‚ at night, at dawn", I let variations on a harmonic ground draw the contours of what might be seen as a kind of 'night music'‚ a restless calm surrounding the hour of the wolf.

For the piece "Strained" I took inspiration from the fact that the three instruments have quite different timbres. Instead of trying to unify them as a whole they instead start to irritate each other as they wander more and more own their melodic lines, and creates a strained state. Once they find common grounds such as the rhythmic middle section it doesn't take long until the start drifting away from each other and try to find their way back to were they came from.

Strategema implies more an anti-strategy disguised as a strategy than a strategy per se. I usually compose by setting up a work-specific rule system which then manifests itself as sound in the form of simulated processes. In Strategema I have augmented this method with a dimension which might be succinctly described as "answering fire", it too rule-based, to the results engendered by the initial rule system - a Strategema!

The title of "The Falling Veils", was the most obvious allegory to describe the path of the musical ideas‚ to get to the core of things, to undress something desirable, to get under the skin of something and to deepen oneself into. An unbiased striving to understand the state of things, its conditions, origin and meaning.