Great Tunes By My Friends 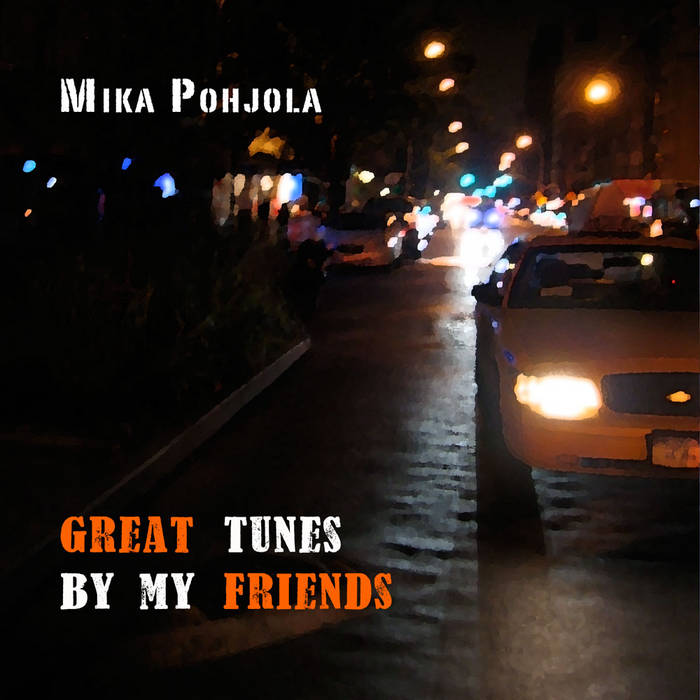 People are thinking not only about their jazz picks of the year, but their picks of the decade. That's running through my mind as I listen to Mika Pohjola's gorgeous new solo piano recording.
David Adler

Tunes by jazz musicians Ben Monder, Kurt Rosenwinkel, Chris Cheek, Reid Anderson, Fernando Huergo, Drew Gress and Guillermo Klein are displayed on this solo piano album of a rare kind. Fellow New Yorker, pianist Mika Pohjola, decided to record tunes by his friends from the jazz scene. These songs were played by Pohjola at various sessions with some of the composers, when the songs were new in the late 1990s and they all lived in Brooklyn. Several lead sheets were recently found by Pohjola in his apartment when organizing his old files. This solo piano release sparks new life into these high quality tunes, which have not seen the daylight after they were recorded by the composers; a decade later they are seldom played, if ever. "The great scene of the 90s has actually done a big favor to the younger musicians today, who are still growing up. But in contrary to how many jazz musicians' tunes written in the 50s and 60s - say by Coltrane, Miles and Bill Evans - are played by so many today, these songs of the 90s have only been played by the composers themselves, and recorded just once, then played on the composers' release tours and since then pretty much left aside," Pohjola says. "What's that all about? This is not consumption art! These tunes are just a few treasures which have been written while I've lived in New York. I have some more myself, and unfortunately have also left some of those aside. But on this album I wanted to concentrate specifically on tunes written by good musicians who are my friends in town, instead of playing my own tunes and some standards, as much as I love to play the American Songbook and often do."

Apart from being solo piano renditions, these songs are performed pretty close to their original versions. "People don't know these tunes, and therefore I can't do more personal renditions of them than I've done here. Maybe someone else can do that when these and other songs have been heard a little more," Pohjola explains. The album starts off with Guillermo Klein's 'El Diario de Alina Reyes', originally recorded by the composer and his 'Los Guachos', with Klein's lofi tape as the introduction. Pohjola's knowledge in the Argentine chacarera folk tradition helps a great deal when establishing a groove and when soloing on the song form. Although 'Los Guachos' have been active for over a decade, this tune - with an unusually bright character for Klein's pen - has unfortunately not made it into the live repertoire. Ben Monder's 'Sleep' has in contrary been played by the composer in many contexts, and was included on the set list of his trio album, 'Dust'. Monder is an old band mate of Pohjola, and featured on 'Landmark', 'Still Alive' as well as the 2009 quintet release, 'Northern Sunrise'. On the solo section of 'Sleep', the original rock-influences have been traded by Pohjola to more introverted and reflective piano sounds. It is refreshing to hear a guitar original played solo piano, as is the case with 'Christmas Song' by guitarist Kurt Rosenwinkel. This tune was a favorite on Rosenwinkel's repertoire on his many gigs at Small's every Tuesday; then he recorded it in a somewhat cleaner version on his independent production, eventually becoming his 'Enemies of Energy' album. Pianist Pohjola stays true to the free sense of time during the theme, but extends the solo form in his wild opinions of what Christmas can be. 'John Denver' by saxophonist Chris Cheek rightly involves some country & western influences, but when played by Pohjola, the sounds give more a sense of Gary Burton and Steve Swallow than the person carrying the title. The only composer of two songs, namely bassist Fernando Huergo, with his 'Vida' and 'Lucero', is another band mate of Pohjola since the late 1990s. 'Vida' was recorded on the composer's recent 'Provinciano' release, featuring Pohjola on piano, and 'Lucero' on 'Live at the Regattabar', also with Pohjola. These are top performances on this album, and demonstrate remarkable growth, only attainable with time and maturity when songs are played night after night, tour after tour and year after year in a working band. Especially on 'Lucero', it is striking to hear how Pohjola portrays Huergo's bass lines, and actually plays alone with the same rhythmic feel as Huergo's 'Jazz Argentino' band. 'Miró' by another bassist, Reid Anderson, originally recorded on his 'Abolish Bad Architecture', is a tune naturally working its way to Pohjola's harmonic world, or maybe vice versa. Performed here with solid confidence in a masterful rubato time, the pianist stretches the form according to his lines of variable length. 'Andrew John' by Drew Gress, a dedication to his father, was recorded on the composer's 'Hey Day' album. This is a beautiful ballad, equally sensibly played by Pohjola. Gress was briefly featured in Pohjola's trio and on the 2003 album, 'Ball Play'. Overall, these songs have a sound which express something from the very late 20th century New York jazz scene. It's a complex world right before it became even more complex, perhaps even hysterical and turbulent. But these solo piano renditions are groovy, reflective, analytical and deeply involved. Pohjola has spent time figuring out how to translate the original band tunes for the eighty-eight keys, and the results are very representative to say the least.

This project also raises many questions. Where are the rest of these compositions? Well, they are recorded on numerous independent albums, hidden from a wider public due to them being either out-of-print rarities or - with some exceptions - on inactive labels which have not invested in marketing the music back in the day, not to speak of now, ten to fifteen years later. But this is quality music which deserves to be heard, and so do Pohjola's own original compositions, recorded on his 'Myths & Beliefs', 'Announcement', 'Reflections in Real Time', 'Ball Play', 'Landmark', and other albums, featuring some of these composers as sidemen performers. But none of these or Pohjola's original songs have made it to regular jam sessions or recordings by younger musicians. Hopefully this wake-up call by Mika Pohjola, playing excellent solo piano, will empower other musicians around the world to delve into the living New York jazz composers' vast libraries filled with quality tunes, ready to be played and recorded.