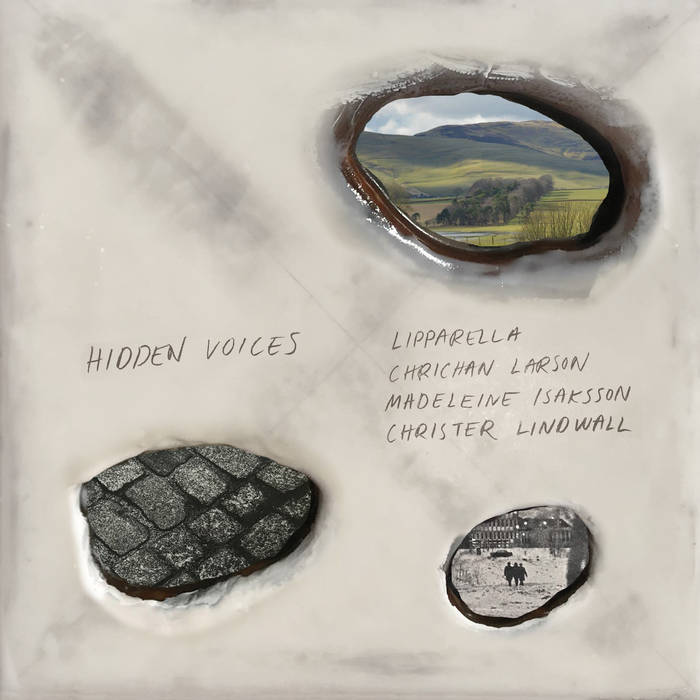 Ever since its founding in 2008, The Swedish Contemporary Ensemble, Lipparella has collaborated with numerous composers to create new works for an ensemble of instruments rarely used in contemporary music. For this album, we have selected some of the works most important to us, and which we have performed repeatedly. While being highly contrasting in their character, these works share each composer's intimate relation to the text being set to music. They also represent different approaches of how to integrate a contemporary music vocabulary with the ancient sound world of our baroque instruments.

The poem "Campo di Fiori", by the Polish poet Czeslaw Milosz, reflects a world and a time towards which I have been directing my attention for a long period; second world war Poland and the mass murder of the Polish jews. The poem links the execution, in the year 1600, of the neapolitan mathematician and philosopher Giordano Bruno, in a square in Rome, "Campo dei Fiori", to the final liquidation, by the Germans, of the Warsaw ghetto, in May 1943. I have approached the poem both from a sonic and a conceptual perspective, thereby exploring the potential of the Polish text to bring part of the gestural content and character to the music; the sounds of the language are absorbed by the music; words and phrases become building blocks for musical gestures. The baroque soundscape inherent to the ensemble Lipparella represents, in some sense, a picture of the event in a bygone Rome, reflected by the poem, in contrast to which the instruments bring to life a music that bears immediate traces of a time that has just passed.

"Czarne Latawce", in English "Black Kites", represents one of several possible readings of a map or pattern in which musical parameters and text are distributed over a timeline. The pattern allows establishment of a number of unpredictable scenarios where music, song and text meet each other in given situations. In producing formal elements, the pattern also brings about an instruction for problem-solving and the final completion of the score can in this sense be seen as an attempt to realize various given situations. The realization is to a large extent implemented in a spirit of free association, reflecting my perception of the poem.

Tomas Tranströmer's collection of poetry, The Great Enigma (2004), which consists of five poems and forty five haiku, had been with me for a long time. I had read some of them for my old father who would soon after die of Alzheimer's disease. The choice of Tranströmer's haiku/poems for a composition for ensemble Lipparella felt as if it were prepared: They opened up to musical spaces and moods, shifts between darkness and light of life, which the baroque ensemble's special articulation and timbre possibilities gave me promising opportunities to realize. I also had a strong desire to compose to my native language Swedish.

In the work, entitled Hemligheten (The Secret), ten from the forty five haiku have been chronologically selected and composed into five main parts, with two short, almost instrumental, passages between the first and last parts. There can thus be two haiku in one and the same part. Instrumental and vocal parts constantly go in and out of each other throughout the piece. The instrumental beginning and the end of the composition - yes, perhaps even the work in its entirety - has been inspired by two other Tranströmer poems from Short Poems (2002); in the beginning of the work, from Örnklippan (Eagle Rock):

and at its end, from Snö faller (Snow is falling):

A bridge builds itself
slowly
straight out in space

"What Is the Word" (1989) was one of Samuel Beckett's last texts to be published. It was dedicated to the American director and playright, Jospeph Chaikin (1935-2003). Following a third cardiac surgery, Chaikin suffered from partial aphasia. At a first glance, perhaps the text could be interpreted as a poem of a neurological trauma, about the lost ability for linguistic genesis, about the ability for naming, or as a poetic topology of the transcendent (the thought). I have tried to construct a coherent musical form based on Beckett's poem and on the demands of a given inner drama and its unravelling � a form which does not contain paradigmatic definitions of different modalities and their logic and causality in music. Instead, contingent tensions within the text and the sounding material, are seized to catch a transcendent musical realism.