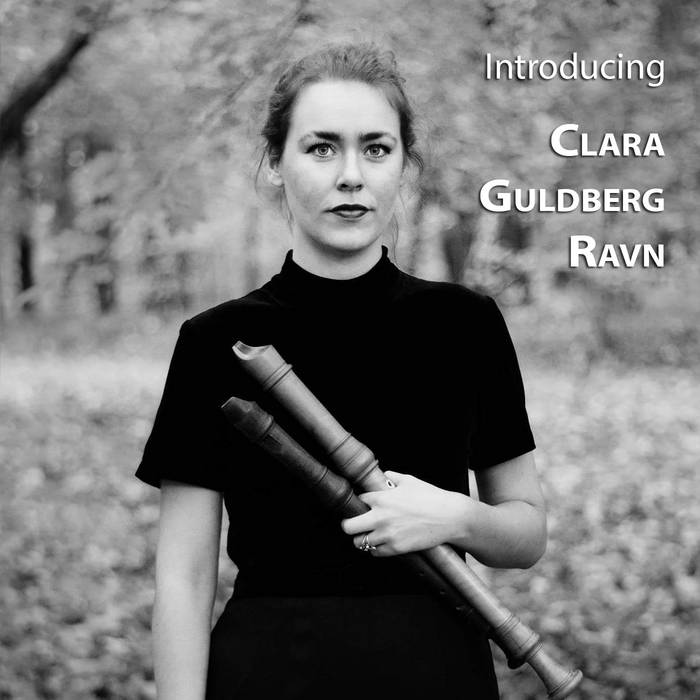 The Danish recorder player, Clara Guldberg Ravn (born 1992), is finishing her Master's Degree with professor Dan Laurin at the Royal College of Music in Stockholm, Sweden. She has studied for Pierre Hamon at Conservatoire National Supérieur Musique et Danse de Lyon, and received lessons from Michala Petri, Rolf Lislevand and Maurice Steger. She has received several awards, for instance Jacob Gades Talent Prize 2008, the Organization of Early Music in Sweden's stipend 2015, Helge Ax:son Johnssons stipend 2016, and she has participated in competitions in Denmark, Sweden and Finland.

The sonata on this recording is from Ræhs's collection of ten flute sonatas called "Ti Solos og en menuet a Flauto Traverso og Violoncello Dall Sigr M: Ræhs". Born in Horsens, Denmark in 1702, as the son of a musician, Morten Ræhs was taught the traverso flute from a young age. In the 1720's he was in England and might have met and studied with G. F. Händel, J.-B. Loeillet, F. Geminiani and F. Barsanti. Ræhs returned in 1733 to Aarhus where he lived for fifteen years.
He later travelled to Germany and in the 1750's he regularly played with Hofviolonbanden (later The Royal Danish Orchestra), though he was never appointed to a position. This collection of sonatas is estimated to have been written around 1748. The sonatas are a part of Chamberlain Gjeddes' collection, which is at The Royal Danish Library in Copenhagen.

The French composer and viol player, Marin Marais, studied with Jean-Baptiste Lully and worked from 1676 to 1725 at the Royal Court at Versailles. He was an outstanding viol player and wrote five books of music for the instrument.
Les Voix Humaines is a movement from Marais' suite No. 3 in D major, which consists of 23 short movements. The suite is from his book No. 2 for viola da gamba and basso continuo, which was written in Paris in 1701.
The version heard on this recording is an arrangement made by Clara Guldberg Ravn for solo recorder.

This Ghaetta comes from one of the oldest manuscripts with solo music known today. The manuscript (MS. Add MS 29987), which now is in the British Library in London, contains mostly Italian polyphonic music and these fourteen instrumental dances, which is named instapitte. The manuscript is dated from the later part of the 14th century and belonged to the Medici family in the 15th century.
Nobody knows the origin of this beautiful modal music, but on the recording, Johannes Geworkian Hellman and Clara Guldberg Ravn have arranged the Ghaetta for recorder and hurdy-gurdy; beginning the piece with an improvisation, making second parts, and a climactic harmonized ending.