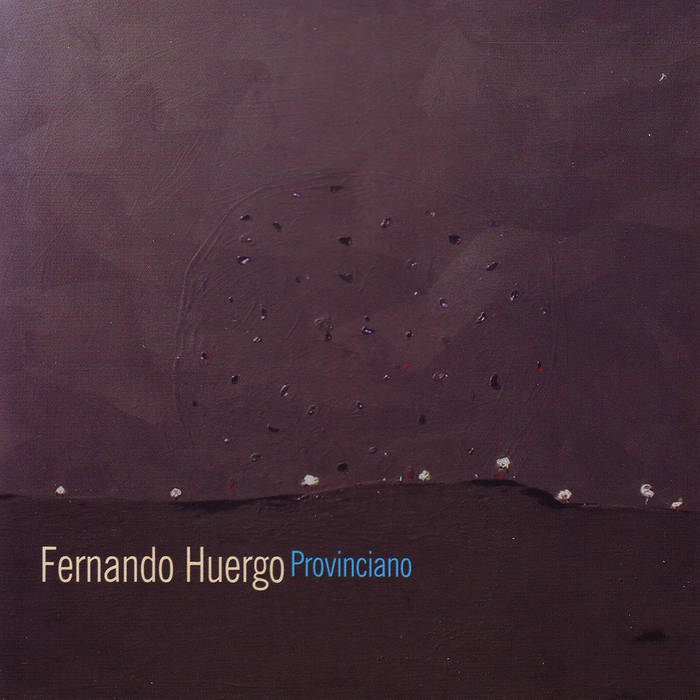 Without reading the press kit or liners prior to a first listen, something unique is readily apparent about Argentinean bassist/composer/educator Fernando Huergo's modernistic amalgamation of modern jazz and tango. An instructor at Tufts University and Assistant Professor in the Bass Department at Berklee College of Music, Huergo surpasses the traditional forms of ethnocentric Latin song structures within the jazz realm.

In the album notes, Huergo iterates the accelerated transfer of information due to the Internet, where musicians have the ability to communicate and share their work in expeditious fashion. On Provinciano, Huergo ups the ante a bit while enveloping a multipronged stance of South American roots music, all embedded in the progressive jazz schema. With the quintet, Huergo exercises a get-up-and-go mode of operations with tight arrangements, seamlessly interweaving tango and other indigenous Latin elements into a cutting-edge, progressive jazz jamboree.

Huergo's manifesto is synthesized upon brisk jazz arrangements, enamored by Yulia Musayelyan's wistful flute passages and supple unison lines with saxophonist Andrew Rathbun. The program is juxtaposed by the ensemble's penchant for executing little big band type arrangements via impassioned choruses and asymmetrical shadings of the Latin vibe. And they swing hard, while navigating through rolling hills and sharp turns on the suite-like composition titled "El Chupacabras." Yet part of the beauty is that no particular genre dominates, although in many cases, that alone could signify a semblance of disorder. On the contrary, the leader of this date helps carve out a distinct group-centric musical persona.

Huergo's limber bass lines and soft touch provide a pliant yet sturdy foundation throughout. He's the traffic director and steers the band through radiating jazz movements amid an abundance of odd-metered time signatures and contrasting hues. Rathbun and pianist Mika Pohjola embark on fiery soloing jaunts that often blossom into a charming Tango or Brazilian theme. Nonetheless, the quintet's resilience and purveyance of realism is an underlying factor during the entire process.

Huergo offers brief narratives of each song in the album listings, setting the stage for the mind's eye by equating the basis for each piece with its musical connotations and origins. Golden ears aren't required to hear - and then feel - the inherent beauty communicated during each interlude or movement, as Huergo triumphantly morphs the best of several musical worlds into this dazzling masterwork.
Glenn Astarita, All About Jazz

Good jazz is always a melting pot, able to incorporate influences from various styles of music around the world. This session by electric bassist Fernando Huergo is described by the leader/composer as "Jazz Argentino," as it incorporates rhythmic ideas from several South American countries, while Huergo utilizes an international cast, including saxophonist Andrew Rathbun, pianist Mika Pohjola, flautist Yulia Musayelyan, and drummer Franco Pinna. "Provinciano" proves to be an infectious opener, with a unison piano/bass vamp over a complex Latin rhythm, as the tenor and flute play in octave unison. The lovely ballad "La Luz del Norte" showcases Musayelyan over Pohjola's delicate piano. Latin meets soul in the lively "Chacarera Boogaloo," written in tribute to Lee Morgan and Herbie Hancock. "The Cost of War" is a haunting melody, carried by Rathbun's emotional, yet understated tenor. Huergo's powerful arrangement of John Coltrane's "Lonnie's Lament" opens with his soft solo, with Rathbun making a delayed entrance on tenor; the remarkable restraint in the performance of this jazz standard makes it one of the most compelling recordings available. Huergo closes the recording with a beautiful, unaccompanied interpretation of the tango "El Día Que Me Quieras." Highly recommended!
Ken Dryden, All Music Guide

This is not just another record of music by an Argentinean musician. Provinciano is a brave attempt to create a new metaphor based on traditional harmonics and rhythms that inhabit the Argentinean Tango and folkloric music. Fernando Huergo, bassist extraordinaire makes a huge leap of faith as he - first explains - and then demonstrates the depth of his creativity and staggering virtuosity in his musical sojourn and his organically evolving bass playing.
Alejo Carpentier once wrote, fictionally of course, of a journey that he once undertook to find the origin of sound. That mythical journey took him into the Amazon and where he lost himself among a very primitive, yet sophisticated people and discovered the magical elixir of sound - a pure sound itself. On Provinciano, Huergo makes a similar journey; only his is one that can no longer traverse a primitive sound scape. But his is a journey that takes place in the interior landscape of the musical mind. Here the musician has imbued the many magical rhythmic impulses that ignite creativity. Amazingly, these parallel the same impulses that have driven jazz music through the ages. The impulse to create continually through time and space - to improvise. Then there is the element of swing and the joyful heartache of the blues.

The music on Provinciano in many respects is a Latin refraction of jazzical modes, but daubed in the lush tones of the provincial. The rhythms are sometimes challenging and may appear to be a tad clever, which they are not... simply accurately describing a tradition that is given new meaning in the modern context. "One in Ten" a track written in 10/8 time is a case in point as is "A Mil," where a Piazzolla tango might go musically if he were to play it today. Here Huergo is not only proficient technically, but also displays a wonderfully puckish sense of humor. There are two tracks written in Chacarera modes and others in the form of aire de milonga and aire de vidala - folkloric wonders that are completely modern in statement and form. Amazingly, even programmatic pieces such as "The Cost of War" and Coltrane's lesser masterpiece, "Lonnie's Lament" also work as folk forms. (Mingus did this many half a Century ago with Thad Jones on his own album, appropriately entitled Folk Forms). These two tracks may unconsciously hark back to that masterly excursion as well.

Finally, a word about the musicians. Huergo is a fine technician, but he plays his bass with great feeling and expression as well. The musicians who honor the compositions have also given a fine account of themselves. Andrew Rathbun and Yulia Musayelyan on saxophones and flute, respectively, have an uncanny sense of empathy for the music, which it would appear, is written with them in mind. Mika Pohjola and Franco Pinna are also artists of enormous rhythmic skill. Together these musicians have all the makings of a long-term partnership, which is to say more music of greater, import sooner rather than later.
Raul da Gama, Latin Jazz Net