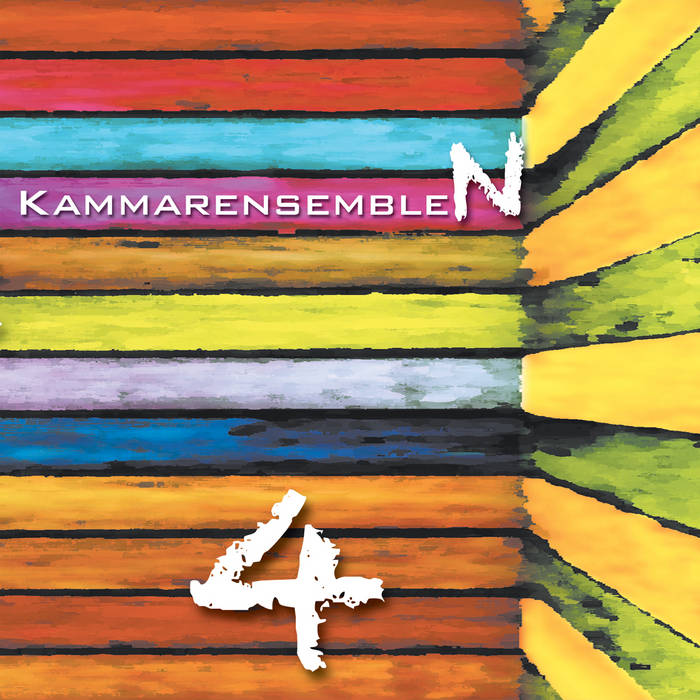 KammarensembleN was founded in 1984 in Stockholm, Sweden as a contemporary music ensemble consisting of virtuoso instrumentalists. Ever since, the ensemble has developed into an important forum for both young and established Swedish composers. In collaboration with composers, directors, lighting designers and video artists, KammarensembleN has performed in several acclaimed Swedish concert series as well as in international contemporary music festivals such as music Autumn in Odense, Sonorities in Belfast, Ultima Oslo, Gaudeamus Festival in Amsterdam, The Huddersfield Contemporary Music Festival, Time of Music festival in Viitasaari , Warsaw Autumn and the ISCM World Music Days in Stockholm and Hong Kong. KammarensembleN has released several critically acclaimed CDs on various labels.

Loss was composed 2004-05 and was commissioned by the Swedish Concert Institute for KammarensembleN. The first performance took place in "L'Espace d'Projection" at IRCAM, Paris in 2005.

The piece is quite clearly divided into three larger, formal sections - each section is further subdivided at least once.

The "absolute" atmosphere in the piece - talking in music aesthetic terms - is actually balanced by a personal story initiating the writing of the piece in the first place. To the composer, the friction between this personal experience expressed in music and the very strict formal scheme that was created in advance is the hopeful raison d'être of this music.

Umgebene Gestalt was commissioned 2007 by the Swedish National Concert Institute for Jonas Bylund and Das Neue Ensemble, Hannover, Germany. The piece can be described as one possible reading of a rotating pattern which, like a map, permits several imaginable paths. Building of segments, rhythmic figures, harmony and melody reflect the structure of the pattern, which initially is the result of a superposition of different pulses, speeds. The surrounding ensemble is divided into four groups; a piano, a wind quartet sustained by a vibraphone, a string trio and a bass group. The piece is in eight movements played in a continuous flow, attacca.

Ici est ailleurs (Swedish: Här är annorstädes) [Here Is Elsewhere] for flute, percussion, violin, viola, cello and double bass was composed out of a form tableau, inspired by a photographic work by artist Jean-Louis Garnell, the triptych M 96.
I chose to call these three pictures (in French) Ici - est - ailleurs, (in Swedish) Här - är - annorstädes, [Here - Is - Elsewhere].
These basic parts are surrounded by an introduction (Prologue) and two interludes: Intervalle 1 and 2.
When folded horizontally and vertically, each movement contains its contrary mirror, Ici/Ailleurs and Ailleurs/Ici.
The encounter takes place in Est, as in the flowing movement which introduce and conclude the work.
In Ici the string trio, violin, viola and cello play the main part, the double bass and flute are of secondary importance.
In Ailleurs the relationship is reversed. A similar relationship is found in Intervalle 1 och 2.
The percussion is present throughout the piece, but plays a main part in Est where the horizontal replaces the vertical range and role play of the other movements.

The bilingual title refers to the state when living in and between several cultures and languages simultaneously.
Ici est ailleurs was composed in 1998 as a commission from the Swedish Broadcasting Company for KammarensembleN. This work is dedicated to Swedish musicologist Bo Wallner.

When composing this Double concerto, I imagined the two soloists being planets rotating at different speeds around a star (represented by the ensemble). And when looking for information about how planets orbit, I found out that there is a method called Doppler wobble used to find planets in other solar systems;
It is based on the fact that a planet exerts a slight Gravitational pull on its parent star. This causes the parent star to "wobble" and the velocity of this wobble depends on the mass of the planet and the distance at which it orbits from the parent star. The motion can be detected by using the Doppler effect, due to the motion having an effect of the spectrum of light emitted from the star. As the planet moves towards the point of observation, (in this case the Earth) the parent star is further away which stretches the wavelengths out and shifts them towards to red end of the spectrum; red-shift. The reverse happens as the planet moves away from the Earth; the parent star is closer to the Earth, compressing the wavelengths of emitted light and shifting them towards the blue end of the spectrum; blue-shift. The shifts in the spectrum are called Doppler Shifts, giving the method its name. Measurements of the stars spectrum are taken over time and then studied to see if these shifts indicate the presence of a planet.

This Double Concerto has four movements: