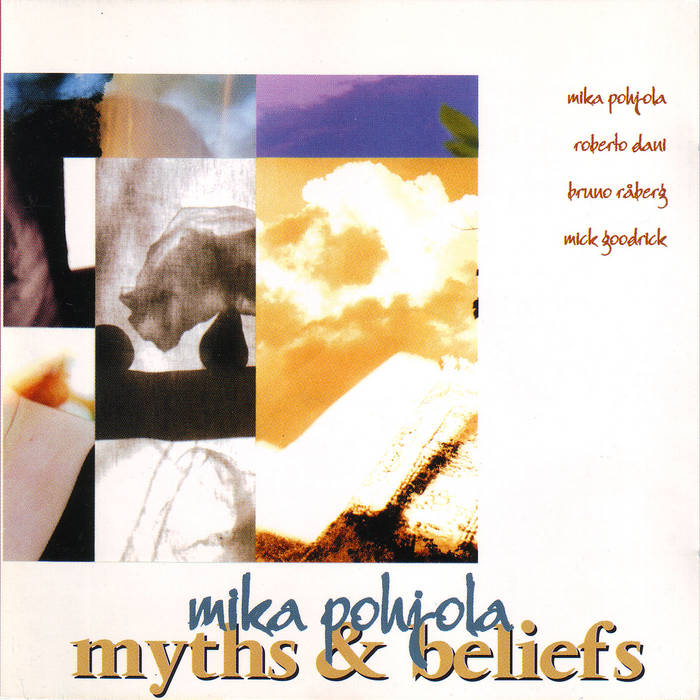 Please note! This album is released as a "Remastered Expanded Edition" with 28 tracks, including two tracks Live in Japan: bluemusicgroup.bandcamp.com/album/myths-beliefs-remastered-expanded-edition

The one word that best describes Mika Pohjola's debut as a leader is "original." The melodic strength of Pohjola's material suggests sources in the traditional music of Finland, where he was born, and Sweden, where he first studied jazz with a Spanish instructor. "I'm not interested in writing variations on the folkloric material," Mika insists, "but I like the idea of a general folk audience. So I write my own folk material."
Pohjola's strength is his ability to make something new of these influences and concepts. The empathy of the trio - plus guest guitarist Mick Goodrick on six tracks (including the three different sightings of "The Bear" that serve as strategically placed interludes) - reinforces the unity of the compositions.

Pohjola, as a pianist, is a master of tension and release, bassist Bruno Råberg (Full Circle, Orange Then Blue) complements and swings, drummer Robert Dani (Enrico Rava, Devil Doll) delivers both power and delicacy, and guitarist Goodrick is his unpredictably delightful self, whether burning, rambling or singing lyrically.

Original music, unique concepts, extraordinary playing - it all adds up to one of the most persuasive debut albums in recent memory.
-Bob Blumenthal