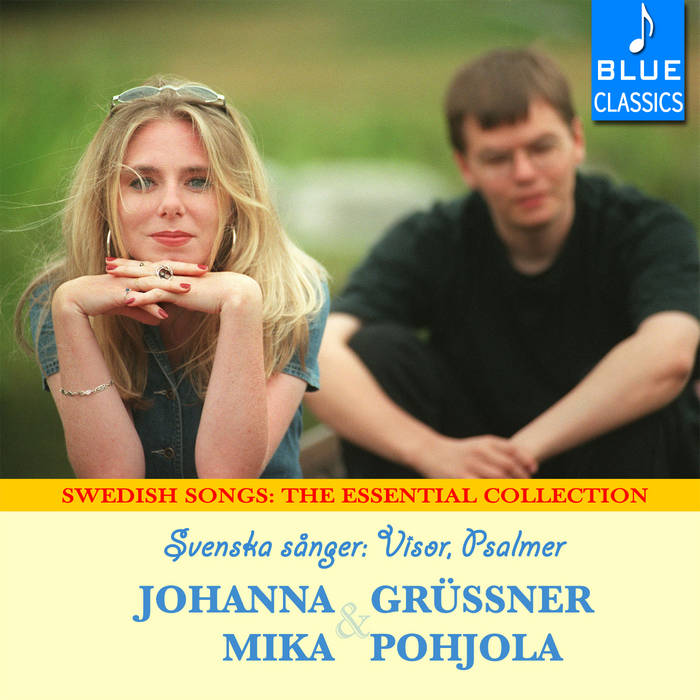 Grüssner and Pohjola have worked closely since the 1990s, when they were students at the renowned Berklee College of Music in Boston. They later performed and recorded on the New York jazz scene, before moving back to Stockholm, Sweden to do the same.

The song selections here offer a list of essential songs from the Scandinavian standards repertoire, covering originals by songwriters Evert Taube, Olle Adolphson, Alice Tegnér and Erna Tauro, and several traditional hymns which are often found on Scandinavian people's lips. Rendered in a voice-piano duo format, as well as self-multilayered choirs, Grüssner and Pohjola have created a trademark sound with Grüssner's clear-toned and expressive voice and Pohjola's subtle jazz and impressionistic harmonic language, which he utilizes on the piano as well as in his vocal ensemble arrangements.

While these songs are often performed in Scandinavia in a more traditional form, these interpretations offer remarkable nuances in harmony, tone and variation in timbre. Overall, "Swedish Songs: The Essential Collection" is not only a representation of this marvelous duo, but serves as an ample introduction to what Scandinavian song tradition can be at its best.